Warning: Use of undefined constant REQUEST_URI - assumed 'REQUEST_URI' (this will throw an Error in a future version of PHP) in /homepages/7/d165246649/htdocs/clickandbuilds/WordPress/Goodman/wp-content/themes/thestory/functions.php on line 50
 Taking on the life insurance companies | Here lies your money
February 10, 2015  by Leonard Goodman

Taking on the life insurance companies

Someone has to advocate for Canadian seniors 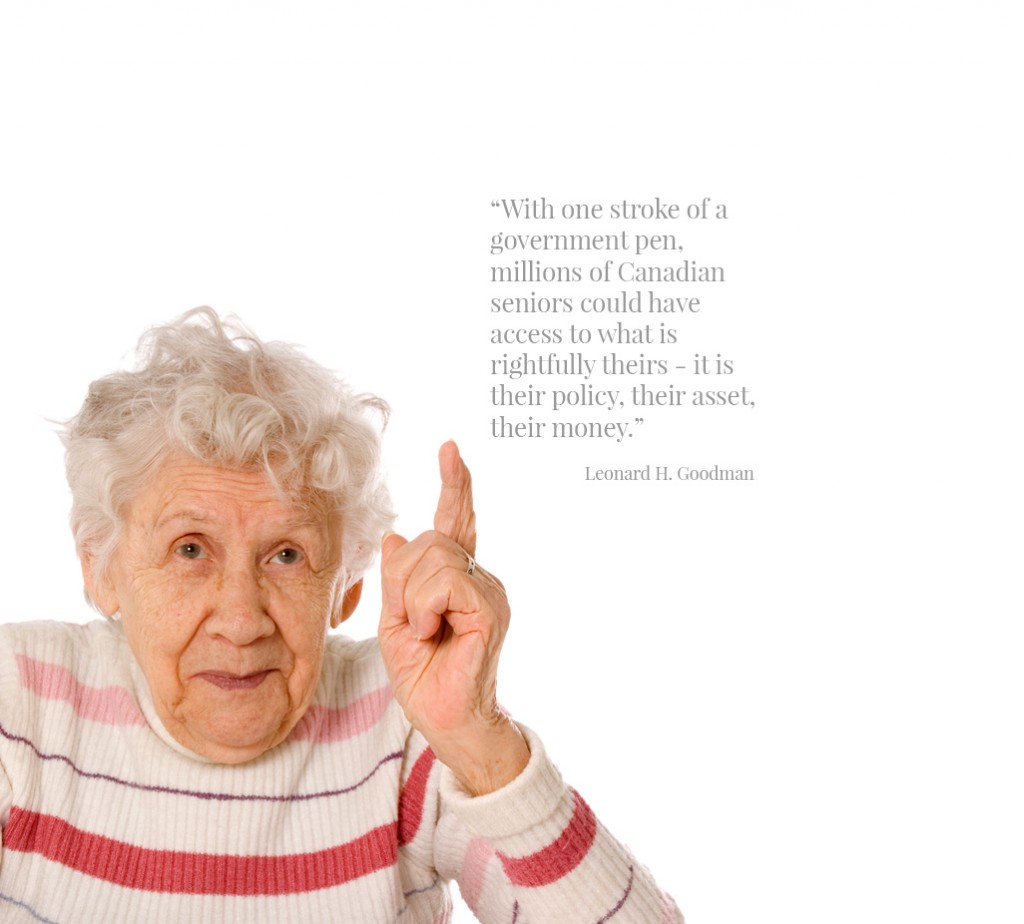 Advocacy is not a top priority for mainstream media because their mandate is first and foremost what they call “hard news.” Obviously, they have lots of “soft” content, from entertainment and travel to personal advice but their bread and butter is news. Of course, when an advocacy movement is big enough, important enough and loud enough, then there’s chance the media will pick up on it – at least for a day or two. Beyond that, it’s dependent on good investigative journalists. Or an organized group advocating in the best interests of the public. Or both.

Never doubt that a small, thoughtful group of people can change the world. Indeed, it is all that ever has. – Margaret Mead

Canadian seniors have many advocacy groups and yet, there is not one group that I know of advocating for them regarding the indisputable benefits life settlements can bring to their lives. The selfish motivation behind life insurance companies’ opposition (billions of dollars) is unacceptable, and I question the integrity of organizations like CARP (Canadian Association of Retired People) and Advocis, (Financial Advisors Association of Canada), who purport to work on seniors’ behalf while remaining silent on the veracity and proven value that life settlements can bring to Canadians. It is not the rank and file membership of such organizations that are culpable, it is the leadership. There are many members of Advocis (financial advisors and brokers), who support life settlements but cannot push for them due to the threat from life insurers who can cancel their licensing agreements. It’s intimidation that is in the insurers’ interest, not in the best interests of the advisors’ clients. And very few of CARP’s 300,000-plus, aging members know about the value life settlements could provide because CARP isn’t telling them. Every member of Advocis and CARP should ask their executive where they stand on establishing a well regulated life settlement industry in Canada.

Anyone who doesn’t see the problem – and the obvious solution – or chooses to ignore it, either has their head in the sand or their hand in their own pocket. 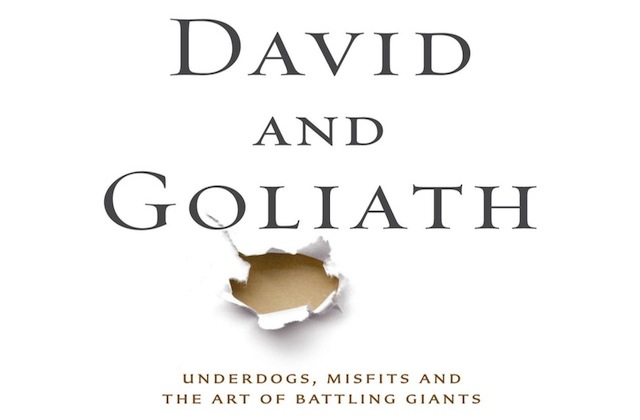 Grassroots movements form around a few principles and if the fundamentals are right, the movement always wins. As in the story of David and Goliath, right, not might, prevails. And I believe the battle to bring a well regulated life settlement industry to Canada – as exists in the US, England, Europe and Australia – is right. And the might of the life insurance companies’ opposition will not prevail.

The life settlement issue in Canada meets these criteria and a coalition has formed and momentum is building. 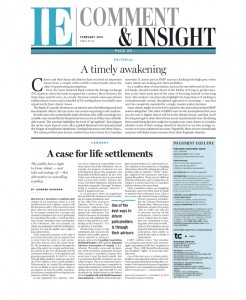 Recently, I wrote a column for Investment Executive magazine (Feb. 1, 2015 issue) and covered the essence of the issue in about 700 words. I make the entire case in my book, Why Are Canadian Seniors Worth More Dead Than Alive? The book, the articles (more to come) and the current supporters are just the catalyst and the beginning of a growing advocacy that will ensure that what is right will be done for the millions of Canadians with life insurance.

I pose another question: Was Donald Gulioen, CEO of Manulife and Chair of the Canadian Life and Health Insurance Association (CLHIA) sincere when he said in his Nov. 18, 2014 speech (see previous blog below), “We’re deeply involved in … and committed to … the health care and financial well-being of Canadians, and Canada’s economy.”? If he was, then he and his colleagues need to walk the talk and do what the rest of the world is doing and support life settlements. Canada deserves it. And every owner of a life insurance policy in Canada deserves it, and is entitled to it.